Supermarket Sweeps and Doc Marten Boots: This Is How We Dealt With the ‘Beast From the East’! | #ThisGirlEats

THANK GOD THAT’S OVER. We Brits are not prepared to deal with the extremities of cold weather. The snow falls, and we just stop – workplaces are short-staffed, schools shut down, transport grinds to a halt.

I really hate snow. I know that makes me a Grinch (I actually agree with the Grinch on several points, but that’s another story…), but I can’t help it. I don’t want to be confined to my home because getting anywhere suddenly becomes an expedition. It’s frustrating to walk into a supermarket and find the bread shelves bare – this actually happened, by the way. Not a single loaf in ASDA this weekend. Madness. And I’m terrified of falling arse over face every time I step out of my front door. I’m not a graceful being so if I fall, believe me, I’m falling hard.

So how did this household cope with the over-dramatically named “beast from the east”?

I walk to work so I had no real excuse to get out of it. While the majority of the office called in saying they were stuck without transport, I had to trudge into work every morning, through a very hilly town, along completely un-gritted paths. It was scary stuff, I tell you. But thanks to THESE bad boys, I made it every damn day and managed not to skid all over the place like a less-coordinated Bambi. If you’re looking for the real beasts here, look no further…

I barely left the house all week. Get up, equip self with DMs, wobble into work, hold the office fort, march home again, snuggle up in a blanket until sleepy, repeat – that’s been about it. I only diverted for a necessary midweek trip to Sainsbury’s.

It was one of the most intense shopping trips of my life. The shelves were ropey with items you’d usually find in a local convenience store, instead stuffed with the most random products in a desperate attempt to make them look fuller. The best bit, nearly all of these were on offer – the whole shop turned into one big ‘Reduced’ section! Finally, my years of minesweeping at bars paid off as I practically swept my arms along the shelves and scooped up as many bargains as possible. I couldn’t even tell you what ended up in my trolley. All I know is, I still forgot the milk.

It turns out the key to surviving snow in Britain is buying yourself a funky pair of Doctor Marten’s and grabbing all the bargains you can. So it’s not all bad, I suppose. 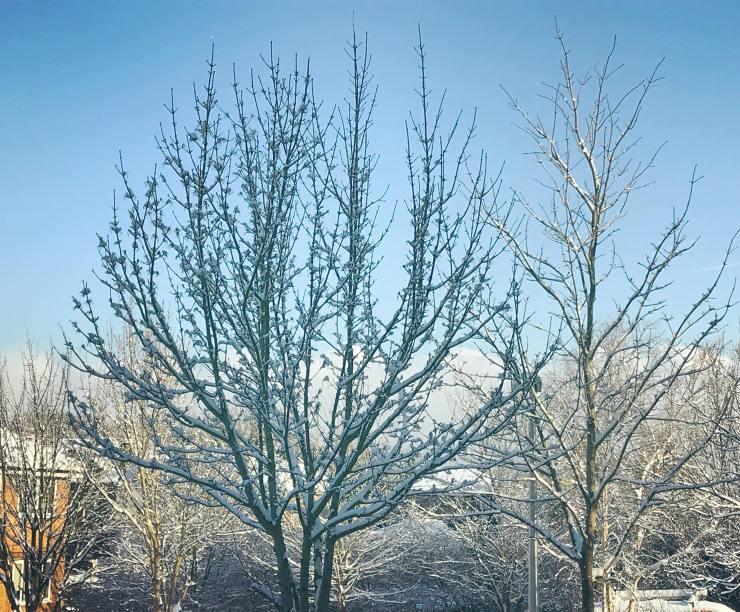